The once shiny aesthetics that made Apple products look great are now debated as gimmicky because of Skeuomorphism burnout. Skeuomorphism uses of real world objects, textures, and experiences as inspiration for computerized experiences. There are countless examples that you interface with every day. 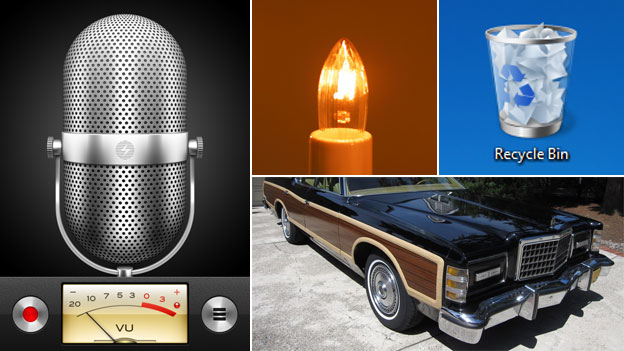 Personally, I believe that skeuomorphism is an incredible aid for non-technical users to have a better visceral reaction to a new interface put in front of them. It is widely known that Steve Jobs was a huge fan of skeuomorphism which could be found throughout iOS and OSX. The new regime at Apple is publicly anti-skeuomorphism, which is apparent in iOS7.

With iOS7 comes a new minimalist , flat approach that is sobering and what I would consider sterilized of personality. However, after a week of using iOS7, my old iPhone with iOS6 feels dated for some reason. That begs the question if software applications need personality or if the quality of experience should speak for itself. From experience, I know in enterprise software that end users need to have a good, fluent experience for accessing information. No volume of gradients, gauges, and moving bar charts can replace the value of immediate access to information. As App developers begin to migrate toward the same simplistic approach, I wonder how far Apple will lead us forward in design over the next 5 years. For the last 10 years, the software industry has looked at Apple as the standard for design, yet Google had it right the whole time… White background, text box, and a search button.

This last week, my team finalized the specification for CMaps Analytics for iOS (currently known as GMaps Mobile), and while it was a shock to the system I have come to love the new simplistic approach to making data the point of focus. We found that removing gradients, un-needed textures, and even color made a huge impact in perceived ease of use when putting the new interface in front of non technical users.

So is skeuomorphism dead? The same way bright neon colors from the 80s have come back in the form of iPhone 5C (which looks like they are wearing neon crocks), we will see design evolve with consumer and technology trends. I can guarantee however, that the days of dashboard gauges are coming to an end soon!

WHAT DO YOU THINK?